We added three new faces (and fins) to our family this week with the addition of our son’s long-awaited little fish. This boy has been begging for pet fish for weeks, and with our 10-day vacation earlier this month and a super full summer we managed to put off the purchase for quite some time. But let me say, this child was patient and persistent! So when we finally had a free evening earlier this week, we made the splash back into fish ownership, even if on a small scale (no pun intended). 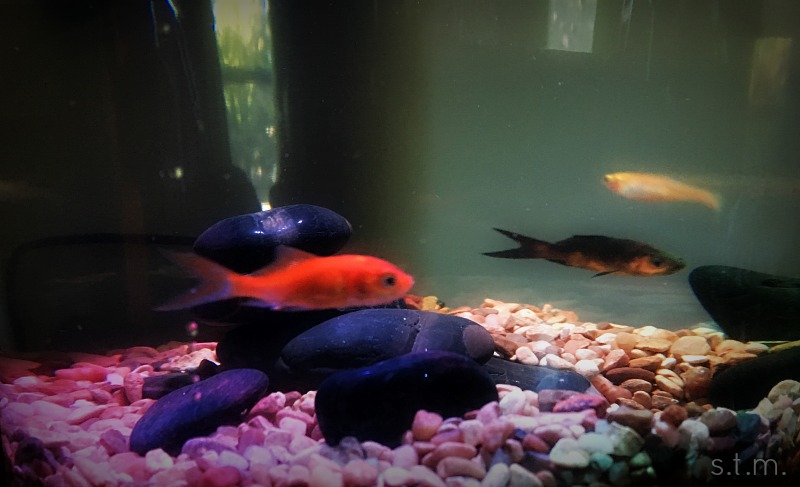 We purchased a petite round tank from Wal-Mart with a fun color-changing light and small filter. We then picked out three small cold water fish, including a goldfish, black and gold fish and a tiny minnow. It wasn’t really the fish fantasy our son had in mind; but as the beginner that he is, we thought our choices were pretty smart.

As the former parents of a seriously old goldfish, hubs and I were comfortable setting up the tank for our new fishy friends and we went through all the necessary steps to make the transition as successful as possible. . . including the emphasis to our son that fish are tricky and sometimes die without obvious reason. 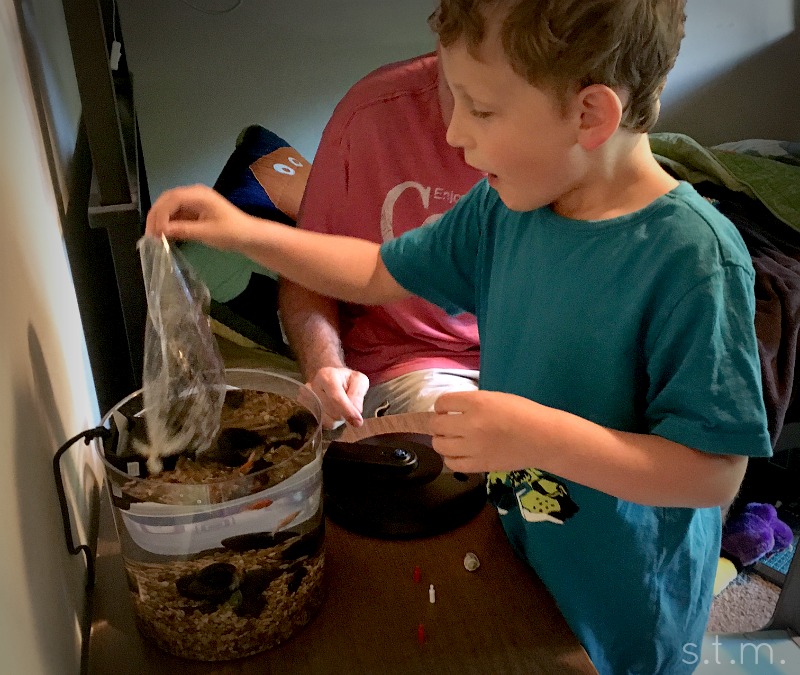 Watching three fish swim around and around in a round tank can be rather mesmerizing and my son and I spent at least half an hour snuggled up on the rug watching the little guys (or girls) swim off their little fins. Unfortunately, in just the brief period between fish freedom and bedtime two of the three fellas swam behind the filter and became stuck. . . as in seriously sucked to the intake grill. Yikes! We unplugged the culprit for the night and resigned ourselves to returning the first tiny tank and purchasing a new one. I cannot have that kind of fishicide on my hands!

After one last look at our fishy pets, their new guard cat (just work with me on that), and our sweet little sleeping son I drifted into a deep dreamy sleep of my own. The next thing I heard, at a quarter ’til six, was my son frantically calling his dad to help his goldfish stuck under a rock!

I quickly jumped out of bed to find a sad little face watching only two fish swim around and around in a round tank. *sigh* 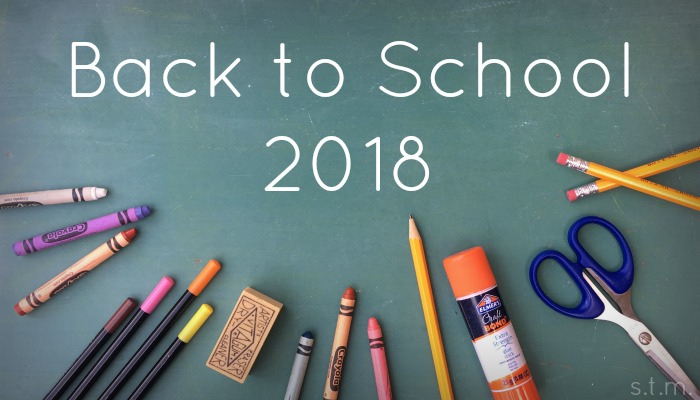 Just How Grown Up is a Second Grader?

From Belly Buttons to Live Births 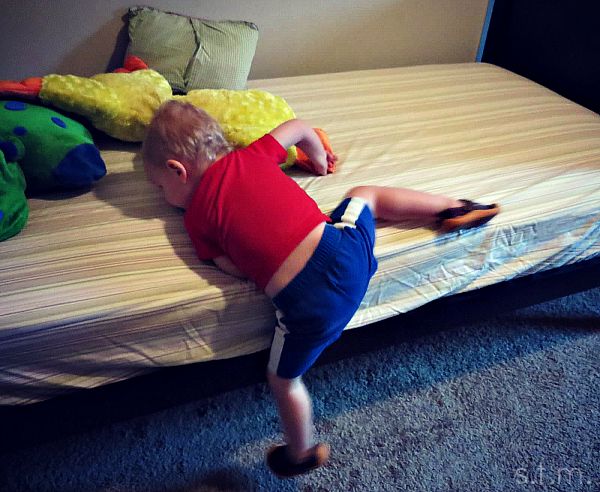